Do You Leap Before You Look? 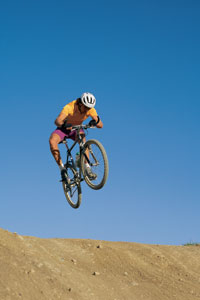 Years ago, I was surprised when a client told me that during the twenty-odd years since he’d graduated from college, he had worked for eight different companies. “Yeah, I told my manager to shove it,” was how he described the latest time he’d been fired. “And he told me goodbye. Too bad I’m so used to it.”

Unfortunately, stories like his no longer surprise me. Many of my clients have gone from job to job, let go each time by employers no longer willing to overlook offensive actions and speech directed at clients, colleagues, and the bosses themselves. Sadly, these individuals have often been highly intelligent and skilled, in many ways so well suited for their jobs that success should have been automatic. What they’ve lacked has been a way to keep from saying and doing things so inappropriate that dismissal was their employers’ only option.

One of the classic characteristics of ADHD, impulsivity is a lack of the brain’s self-inhibiting function. In simpler terms, it’s an emotional response to the world characteristic of childhood, rather than a rational response—one that includes deliberation, judgment, and reflection—characteristic of adulthood. Instead of thinking about their intended actions or weighing the consequences sure to follow, people with impulsivity issues leap before they look, with neither foresight nor hindsight to guide them.

Those who manifest impulsivity lack impulse control—a way for their minds to “put the brakes on.” Without a cognitive response to a stimulus—without working memory or judgment or a way to evaluate consequences—they find it impossible not to speak their minds in the moment, and they often blurt things out, interrupt, or even finish other people’s thoughts for them, eliciting a lot of resentment along the way.

True, it might be refreshing to hear somebody speak without a script once in a while, but it’s also disconcerting to be on the receiving end of an unfiltered rant. Nobody likes it, and very few adults are willing to put up with it. Nor are they willing to endure indefinitely the company of someone who constantly draws attention to himself. To put it bluntly, that kind of behavior becomes embarrassing, if not exhausting, to be around.

Specifically, then, unless impulsive individuals begin to understand what was causing their behavior, and until they create strategies to compensate for impulsivity, they would continue to jeopardize any chance of acquiring new, long-term relationships of any kind. Whatever job they have would also be in constant jeopardy, and money problems would continue to haunt them because of excessive spending and frequent gambling. If the impulsivity remained unaddressed, their struggles would be seen as character flaws or a lack of desire to change and improve. They need to understand that their neurobiology is at the root of their struggles. Acknowledging that ADHD is causing—and, unchecked, would continue to cause—real problems is their first step in understanding what they need to do to help themselves.

One of the most difficult struggles for people with ADHD is being stuck in the perpetual “now.” They are unable to learn from past experiences in order to evaluate the potential consequences of present or future ones. Every situation is therefore something new, and their reactions are based solely on the moment in which they find themselves. It’s not unlike the person who continues to touch the lit burner on the stove, even though he’s been burned every other time he’s done the same thing. There’s nothing in his head saying, “Hey, wait. Don’t touch. You don’t want to get burned again.”

That’s what happens to individuals with ADHD. In any given moment, they can’t keep in mind the idea of the past or the idea of a future—that tomorrow or even an hour from now will actually exist. Mistakes don’t get “cemented” in memory in the ADHD brain, so there is no plan in place to prevent new mistakes—mistakes just like the old ones—from happening yet again.

STRATEGIES TO CURB YOUR IMPULSIVITY

The strategies that have worked for my clients might work for you, too, especially engaging an accountability partner with whom to role-play or rehearse before a social or business event. Many have found keeping a log of impulsive behaviors and asking for feedback to be helpful (as long as you’re willing to accept the feedback openly). You can try any of the following strategies, being sure to give yourself enough time to evaluate how they’re working. Change will not happen overnight, though, so don’t give up after one or two attempts.

Enlist a trusted friend to watch over you and your actions. Give this person permission to be very honest and to confront you if you are about to do something you might regret, like calling an old flame, for example, or walking off your job or skipping a business meeting. Go over an agreed-upon dialogue for these circumstances—for example, “Jake, remember you told me to hold you back when you try to do these types of things because you forget the consequences.” For this to work, you must allow the appointed person to become firm with you if you continue to try to justify your actions.

Use a team of advisors.

One of my most impulsive clients surrounds herself with a strong team of advisors and uses them regularly. She says to build this philosophy into your life: “Don't make too many moves without consulting at least three trusted advisors. Choose people whose values are closest to yours and whose minds are more logical than yours.” Using this strategy, you’ll stay more on-course by thinking through consequences.

Plan ahead by rehearsing or role-playing.

Rehearsing and role-playing are ways of planning possible details for an upcoming conversation so you can collect your thoughts ahead of time. They also help you avoid emotionally charged, counterproductive responses to others, exactly the kind of behavior you’re trying to eliminate.

People who are at ease socially might wonder about such deliberate planning ahead of time, but for people with ADHD issues, especially impulsivity, it can mean the difference between keeping and losing friends. The strategy can work just as well professionally.

Write out your schedule nightly.

To successfully self-manage, it is imperative that you mark out a To-Do list and a schedule at the end of each day. Waking up without a designated structure for the day is as good as taking a day off! Look at the schedule first thing in the morning. Make this a ritual.

Create a “home” for thoughts.

If you’re someone who often complains that great ideas come to you in the middle of meetings or when you’re concentrating on something else, you can capture those ideas by giving them a home and writing them down. Keep track of your ideas in a notebook or computer file so that you can get to them at a better time. The purpose is to provide “containers” for thoughts so that you don’t impulsively act on them in the moment.

Before agreeing to work on yet one more project, join one more board, or meet someone for lunch, stop and ask yourself, before answering: Is this reasonable?

It is okay to say “no.” Do not overextend yourself! Often people say “yes” too quickly without first thinking of the consequences. Have a dialogue rehearsed in your mind to be ready for requests on your time. Say, for example, “I need some time to think about how this will fit it into my schedule. Let me get back to you.” If they demand an immediate answer, simply say no!

Rid yourself of toxic feelings.

If you do get sidetracked and consumed by toxic emotions, it’s important to get rid of them before going into a meeting or having an important conversation. Do what one of my clients did” Call a (close) friend and say, “I have to clear my head, can I just talk at you? After five minutes tell me to hang up! Okay?” Then let it rip! This helps to clear your head of your extraneous thoughts and enables you to more fully concentrate on what is in front of you without the fear of blurting something out that you'll regret later.

To help curb acting on impulsive thoughts, learn to “watch” yourself in action and monitor what you do, and don’t do! I personally pretend I have a mini-camera attached to a hat I’m wearing. I try to observe myself through the lens of this camera—my hands, my body – in all actions I take throughout the day. I continually ask myself, “Am I on-task? Off-task? Am I where I am supposed to be? Am I working on priority items?” This strategy worked so well for me that once I slapped one of my hands when I noticed it had “wandered off” and was brushing my dog’s teeth instead of at the computer keyboard writing my book, where it was supposed to be!

Allow yourself to use flipcharts or to hash things out on pieces of paper as you talk. Often, standing up or pacing while talking can help thoughts come together in a more organized manner.

If you’re like a lot of people with ADHD, you may have difficulty getting to the essence of a thought and will engage, instead, in long, descriptive stories. If this is you, practice the art of ‘bottom-lining,” which means getting to the point. Ask yourself, “What is the key thing I want the other person to understand?” By clarifying your point this way first, you’ll make it more easily when you actually speak to the other person.


IF YOU’RE TRYING TO CONTROL YOUR IMPULSIVITY, the key to success is to select a strategy, work through it, and judge its effectiveness. If you’ve given a strategy sufficient time and it’s really not working, try something else. Remember, impulsive people are usually creative people, so use that creativity to design strategies of your own. Share what works for you!

Warmly,
Nancy Ratey
Posted by CHADD BLOGGERS at 11:34 AM